When the world grows dark, focus on the light

When the world grows dark, focus on the light 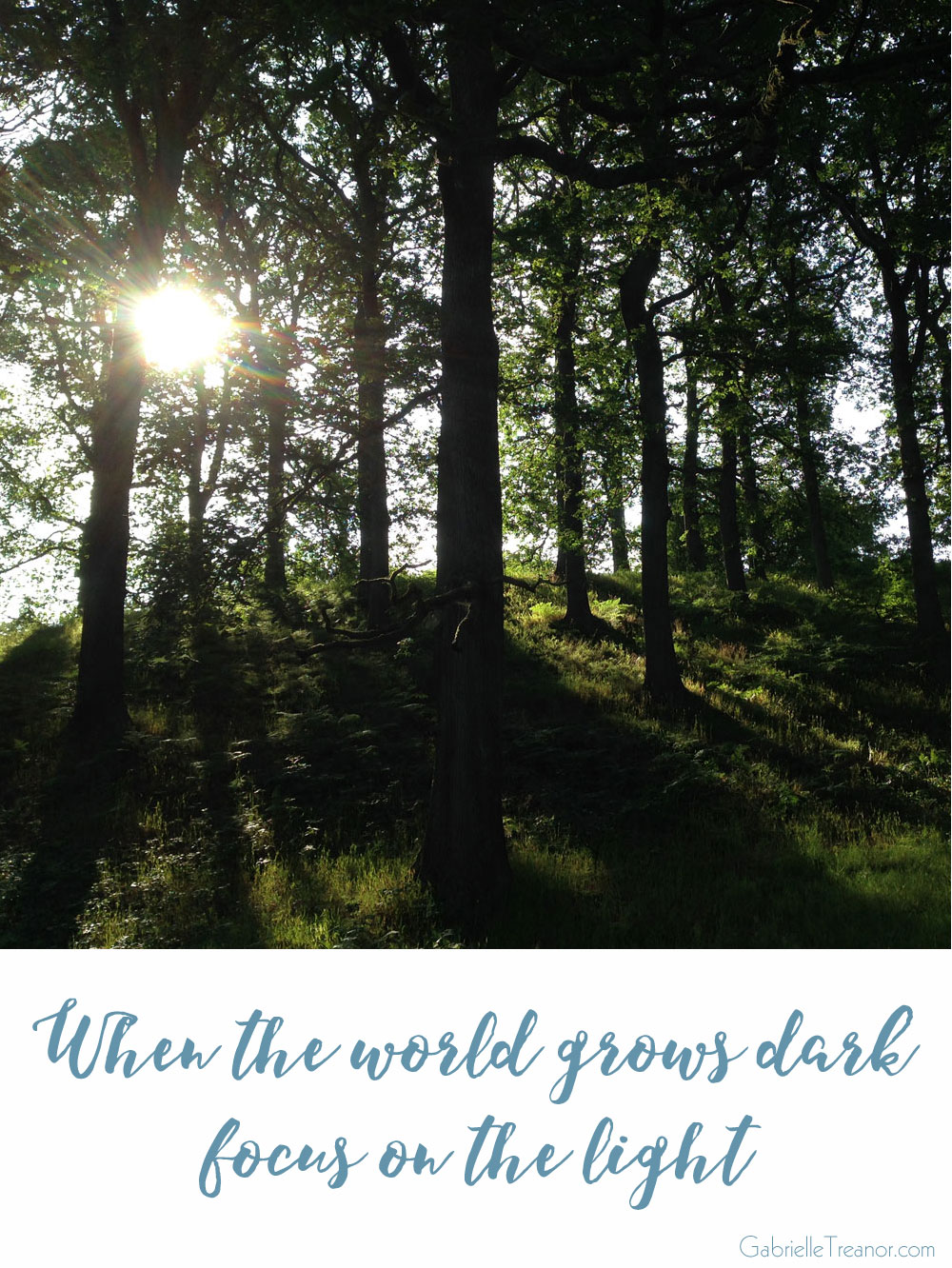 Every day the news is filled with stories of upsetting, unexplainable, terrifying actions by our fellow human beings around the world and in our neighbourhood. When bad things happen to good people it’s understandable that we feel the world is a frightening place filled with danger and cruelty. We try to make sense of it all, we try to understand what makes someone want to hurt and kill another, but it’s unlikely we ever will.

If someone is determined to cause destruction and death there’s little you and I can do to control them. What we do have control over is how we react to such actions and how we behave in the aftermath.

The outpouring of love, empathy, support and generosity this week following the murders in Orlando and of Jo Cox in Yorkshire demonstrates the endless capacity for kindness in our communities. The human race is fundamentally good, we are surrounded by caring people and those who act so cruelly are a tiny minority. They cause enormous damage but they are few in number, however the news makes it feel otherwise.

By posting on social media that we’re thinking of those suffering at the hands of murderers and sending them our sympathy and our love, we’re expressing our empathy, support and solidarity.

By posting on social media that the world is a terrible place we’re contributing to the fear already felt by people bewildered by these events. It’s not supporting the victims or their loved ones, it’s not showing we care, it’s not helping those who feel overwhelmed by the cruelty they see. It’s perpetuating and amplifying the perception that the world outside our home is dangerous and we can’t trust our fellow citizens.

And that’s not the world we live in. It really isn’t.

In the past, news of attacks, bombings, shootings, murders and countless other acts of violence would increase my anxiety level to the point where I’d really want to just stay at home, preferably under the duvet. I wouldn’t because I had a job to go to and a husband who wouldn’t let me become a hermit. But I would look at my neighbourhood and the wider world with this distorted view, looking for signs of danger.

Until I noticed small acts of thoughtfulness, kindness and happiness taking place around me.

A stranger holding a door open for the next person, someone helping another pick up their dropped shopping, a group of friends laughing together.

This is what our world is like. Ordinary people being ordinarily good to each other. There are cruel, wicked people determined to hurt and destroy but they are not representative of the world we live in.

When we see actions of hatred and violence let’s not focus on the fear but instead use our energy to support those in pain and to spread kindness to those around us. It’s in our power, in each of us, to make another person feel good, to be seen and heard, to feel cared about. It doesn’t take grand gestures, even a smile, a thank you, asking how they’re doing and really listening to the answer has a greater effect than you might think.

So, rather than talking with your neighbours or on social media about the awful world we live in, ask how they’re doing, if anyone needs help, and show how the world is, in fact, a warm, kind, loving, supportive and joyful place because of good people like you.

Download Now!
Who needs to hear this?You can say no. No, thank

The pup’s been keeping me company while I’m de

The perfect antidote to the mainstream news – Th

Is this the most anticipated Spring in the norther

In case you need a reminder:You don’t always h

I’ve been wracking my brains for some incredibly

The place to go when you’re feeling overwhelmed.