What to do when you get a grunt for a reply

What to do when you get a grunt for a reply 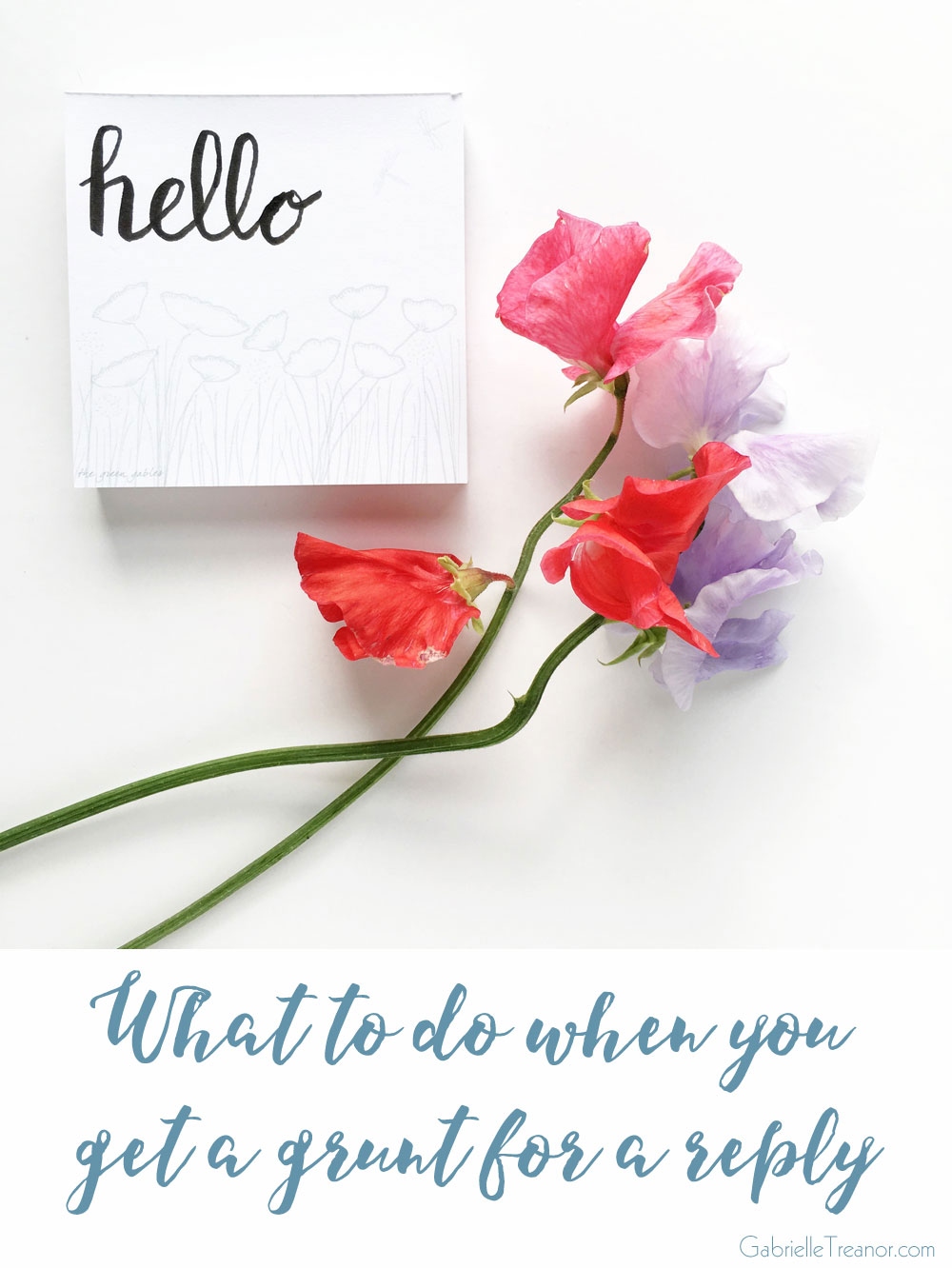 September is in full flow, the summer holidays are a distant memory and your family is back at work and school. And the grunts are back too. When you ask your child how school was and all you get in reply is a vaguely discernible grunted “Fine”. They’ve spent hours learning about all manner of interesting things and yet they don’t seem to be able to articulate a single moment about their day with you.

This is where the power lead comes in handy.

Michelle Gielan, who wrote a brilliant book called ‘Broadcasting Happiness’, describes the power lead as “a positive, optimistic and inspiring beginning to a conversation or other communication that sets the tone for the ensuing social script.” In other words, it’s starting off a conversation with a positive, open tone.

Asking a question that requires more than a one-word answer is an example of a power lead. However asking “What did you do at school today?” can still elicit a frustrating “Can’t remember” answer. So, try adding a positive element to the question to encourage a bit of thought to go into the reply. For example, “Tell me what you enjoyed most this morning” prompts your child (or adult, the power lead works with everyone) to think about their positive experiences. By being more specific – narrowing the focus down to a timeframe – you’re leading them to focus on a segment of their day rather than trying to scan the whole day for something to relate. By rephrasing the question into a statement you could catch them off guard too, as they may have been expecting the standard “How was your day?” question.

The power lead also works when you’re answering a question. For example, you arrive at work and a colleague asks how you’re doing. Your reply will set the tone for the rest of the conversation. If you reply with something positive, such as “I got a seat on the bus, love it when that happens” rather than something negative or neutral, such as “Same as usual”, you’re starting off the discussion positively and the conversation is more likely to continue in that direction because of it. Humans learn to mimic and mirror each other through social interactions so your positive response is much more likely to provoke a positive statement from the other person too. Just as if you replied with a negative remark, the conversation would most likely take a downward turn.

Being mindful of how you begin conversations with your family, friends and colleagues gives you the opportunity to set a positive tone to the interaction. Keep in mind the power lead the next time someone asks how you are, or when asking how your loved one’s day was, and see how it influences the trajectory of your conversation.

Fed up with over-worrying? Get your mini guide to mindfulness now

Download Now!
I’ve been wracking my brains for some incredibly

Yet. So much power held in one little word.You d

You can find your way back to you. If you’d l

You know those days when the overwhelm is high. Th

There are a few new people following my posts now

When life gives you lemons maybe you don’t have