The power of releasing your limiting beliefs

The thing with realisations, epiphanies and a-ha moments is that you never know when they're going to strike. And the last place I expected to have one was on a treadmill. Particularly because the crux of my aha moment wasn't really about being on a treadmill.

Now, let's make two things clear:
1. I am not about to talk about why you should run or do any other exercise, that's not what this is about so if you have zero interest in running please don't stop reading.
2. I am not a gym bunny.

The aforementioned treadmill is my husband's and I have believed my entire life that I can't run. I've hated running since my school days of feeling sick while being made to run around a park in the freezing cold. I've tried several times to get into running to no avail – on one occasion I ended up on crutches for a week, and another time I quit Couch to 5k part way through because I was so miserable.

(Honestly, exercise isn't the main point of the story, it's just how I came to have this realisation about something bigger and deeper, which I'm coming to, promise.) 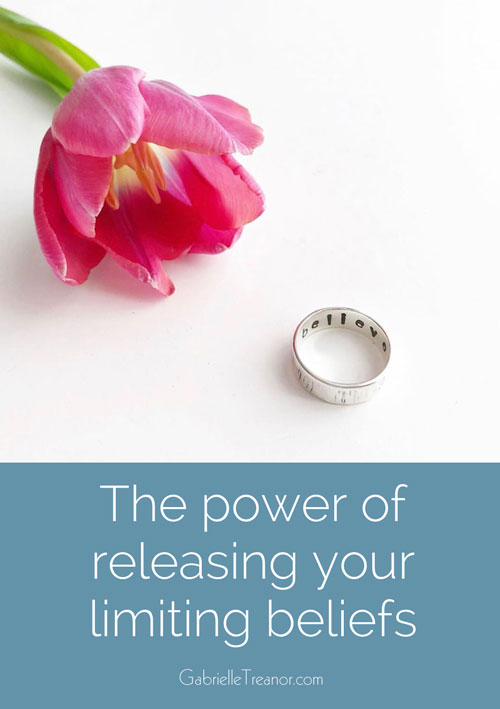 So, if I can't run what was I doing on a treadmill to have this epiphany I'm building up to?

The first reason is because I took what I've talked about in the past about growth mindset and adding the word 'yet' to sentences (in episode 35 of the podcast) and applied it to myself. I thought perhaps I can't run yet, so I'll have another go. I pressed play on a podcast, started walking on the treadmill and then increased to a jog until I got bored and tired. It turned out I jogged for 20 minutes! I didn't know that was possible! I can't run, remember?

But this wasn't my major a-ha moment. It's coming.

I hopped on the treadmill a few more times over the next couple of months, sometimes I jogged/ran for 20 or even 22 minutes (I was super chuffed with that) or only 12 or 15 minutes (cue disappointed face). As I ran with a podcast in my ears my eyes were on the clock, noticing each minute tick by, aware of how heavy my legs felt, how laboured my breathing was and how hot and sweaty I felt.

And then, a couple of days ago I wondered how long I might run for if I didn't clock watch, if I just went by how I felt rather than how much time had gone by. So I covered up the clock, plugged in my earphones and started jogging. Occasionally I thought about checking if I'd passed my record of 22 minutes (because then I could stop, right?) but instead I noticed how I felt and while my legs still had some energy I kept going. When I decided I really was too tired to continue I slowed to a walk and checked the time.

I, Gabrielle, who for four decades has wholeheartedly believed I cannot run had, in fact, run for 39 whole minutes!

And right there in that moment, the realisation hit me. The limiting belief that I had held all my life had been shattered because I had taken away the limits (checking the clock, aiming for a specific time, telling myself I can't do this) and I just had a go, to see what could happen.

Limiting beliefs, like this one, is all they are – beliefs. They're not hard facts.

And then I realised that this wasn't the first time I had disspelled a limiting belief I'd held for years.

For a long, long time I believed I was a worrier who would always worry. Other people were relaxed or confident or easy going and that was great for them but that wasn't me, I couldn't be like that.

Just because you've believed you're always going to worry about everything and everyone doesn't mean you always will. I know because that's what I believed for years.

But, here's the but, over time, as I let my curiosity lead me to exploring positive psychology, learning, trying out ideas, I realised that I am not consigned to always worrying. That I'm able to loosen my controlling grip, to let things go, to talk myself down from the catastrophising ledge.

Just because you've always been one to worry, to overthink, to lack in confidence, to get stuck in your head, doesn't mean that's how you always have to be.

You can take the limiting belief you've held all this time and choose to just see what could happen. To set out with the aim of seeing how far you can run with the idea that there's another way to go through life, without carrying the weight of worry permanently on your shoulders.

I'm not saying that your worry will vanish in a puff of glittery smoke. I've stood in your shoes and I know it's not easy. Sometimes I find my worries looming large and the critical inner voice piping up but I know that this isn't how it has to be, I have ways to deal with it and I go gently on myself.

It's the same with challenging any limiting belief or trying something that feels incredibly hard. You get curious, you open up to the possibility of things being different, you're kind to yourself and you have a go. You take that step forward.

So, what limiting beliefs are you holding?

What have you told yourself about your confidence, your overthinking, your ability to cope, your worth?

What if (here's where what ifs can work for instead of against you) it isn't true? What if you can set down that belief, let go of those limits and explore a different way to be, to go through life?

You don't need to know exactly how you're going to do it and you don't have to figure it out on your own. You've got me, that's why I'm here, writing this post, it's why you're reading it. Together we can dispel your limiting beliefs, lighten your load and free you to live as you've always wanted to.

“I could not have asked for a more supportive person to work with me at what was a difficult time for me. Through coaching with Gabrielle I feel more confident about who I am and what I need. I am happier, look at things in a calmer and more peaceful way… I feel like I can breathe properly, like a weight has come away from my shoulders.” – Karin Joyce

And, there's a new way you can work with me as your coach. So far you've had the option of coaching one-to-one with me for a set number of weeks or months. Now you have a new option where we can have hour-long coaching sessions twice a month without a time limit. And I have a number of client spaces opening up for February.

So, in a nutshell, here are three ways the two of us can work together:

I'm here, ready to walk with you every step of the way to feeling and living how you want to.

To find out how you can dispel your limiting beliefs, build your confidence, calm your mind, feel better able to cope with challenges, and much more, through coaching with me, click the button below.

Find Out About Coaching

I've made some amazing free resources for you to feel more calm, peace and ease…

Take me to the free goodies!